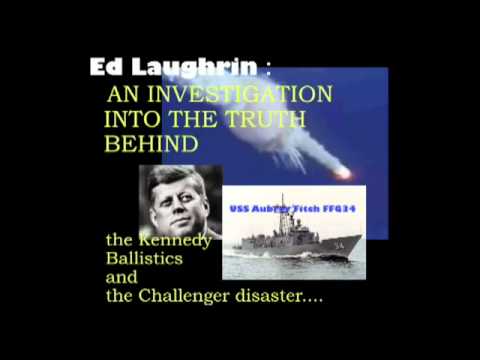 Ed Laughrin, is a retired ex-Navy/intelligence specialist with a background in ballistics who in his spare time has thoroughly investigated the Kennedy assassination. In this recorded phone call he describes the exact trajectory of the bullets fired during the event. From there our conversation turned to the Challenger disaster during which what comes to light is that his Navy vessel that was first on the scene was turned away while the astronauts were likely still alive after hitting the water… Listen to this impromptu testimony from someone who was on the scene of what appears to be evidence of supreme negligence at best and at worse… intent due to a more diabolical agenda.  (VIDEO & AUDIO INTERVIEWS BELOW)