Planted cables in the Wikileaks Archives

(note: I apologize for the typos on this release due to the fact I was traveling and not able to spend the necessary time to proof this before release…most have now been corrected)….

This article highllights the release of cables supporting the use of torture in interrogation of prisoners and cites the so-called capture and death of Osama bin Laden as evidence of the effectiveness of such an approach. The recent drama of a staged capture and killing of someone posing as bin Laden or death of some other unknown individual in addition to what we all know: that bin Laden was killed years ago (and my sources confirm this) leaves little doubt that this article is propaganda and points to the fact that at least some of the cables are ‘planted’ releases.

…”The killing of Osama bin Laden underscores the value of the vast intelligence database. The treasure trove of information includes the identities of terrorists operating abroad, plots to kill civilians and details on how al Qaeda used a network of couriers for clandestine communication.” — quoted from Washington Times

Unfortunately, this undermines the releases and makes one question the continued detention and harsh treatment of Bradley Manning, the original source of the leaks and puts in to question Julian Assange and Wikileaks role in this mess. All the more reason why it would have been nice had I been able to obtain even a short interview with Julian or someone from his ‘camp’.

According to this article from Jan 2011, as far back as that, military sources were saying there was no way to link any direct contact between Manning and Assange. As Bradley Manning is now being held in Quanitco Virginia in a ‘more open’ facility, whatever that means, according to this article. However, apparently Manning is most certainly as patsy in this affair. Now that the U.S. government is making use of the cables to push their agenda.. it would seem releasing Bradley and giving him a purple heart for bravery would be in order. But more seriously, what this indicates is that Manning himself could have been somehow encouraged, manipulated or even mind controlled into playing this role for the desired outcome of this siniter agenda aimed at deceiving the public. In the end, cui bono, who benefits may be the only clue to follow anytime such seeming public acts of courage hit the news.

Update on my UK trip

We have had a lovely time meeting many people and doing a number of interviews including:

Unfortunately although I have gone back and forth a number of times, I have not been able to secure an interview with Julian Assange or Vaughan Smith.

I am on my way back to the U.S. and will have further updates as time permits. 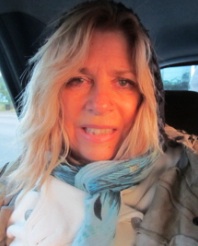