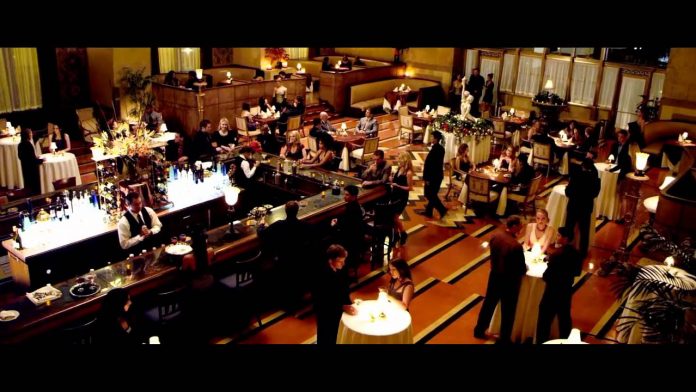 Atlas Shrugged Part I – in some theaters now

In the spirit of The Fountainhead as those who are Ayn Rand fans will know… this is well worth seeing and although shot very old school for the most part which no doubt will drive lots of people crazy… It is making a legitimate statement and they are updating the message so it has some interesting ramifications for the times we are entering. Set in the years 2016 and 2017… actually it would fit the 2011-2012 times just as easily. The idea of a high speed train…. running across the country reminds me of the offer Wanta made if he was to be reimbursed by the Global Settlements for his money… he said he wanted to do just that. I wonder if he was influenced by the Rand books.

Along those same lines to quote once again, Timothy Leary from his book “Intelligence Agents”…

Why, you ask, am I quoting Leary? Well, it seems to me that along with many of the above ideals being themes in the movie mentioned above, ATLAS SHRUGGED… It has been in vogue of late to constantly put down Americans and the U.S. just as a matter of course. Yet to my way of thinking, the original principles this country was founded on are still ingrained in the people… Yes the so-called leaders are corrupt and taken over but the ideals remain if people want to grab hold and live by them. They don’t have to just lay down and take the plans of their government or the Rothschilds or the Nazi-Bush clan. They can stand up and take their country back. Which is what will happen, eventually.

Now whille the above psycho-social descriptions are vast generalizations that address what is operating behind many of the programs and decisions made by governments, religion and other institutions… repressive regimes exist on both the East and the West as well as in the North and the South… Nowhere is immune to the positive and negative polarity of the above concepts, that is for sure. But there can be a general trend detected nonetheless, that does follow Leary’s two part categorization of the psycho-social organization of society in a global fashion that can be helpful when determing what country you might want to live in or where to pitch your tent in the coming days.

These two interviews are now concluded. In both interviews we covered groundbreaking material and had a fascinating discussion with both guests.

Both videos are now available on Project Camelot’s Livestream channel.. Please consider making a donation to support this work. SPECIAL NOTE: PASSWORD FOR THE CHANNEL IS: starlion675 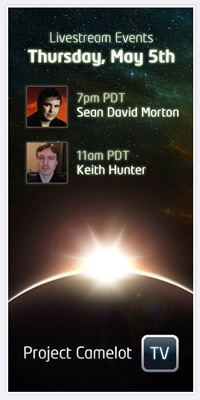 Keith Hunter is author of a new book called “The Lost Age ofHigh Knowledge”. This is a masterly work that delves into the mysteries of the sacred sites around the world and how ancients and now the secret government is using mathematics and hyper dimensional physics to tap into the energy grid where these sites are built. To quote from his site…”Behind the mythical stories of the ancients, behind the superstitions and shamanism and the arcane traditions of the past, there lies a profound high science – one that is physically engineerable. A science lost to the wider world due to global upheaval prior to the time of recorded history, but that has been secretly reconstructed in the modern age, and developed for the pursuit of military supremacy and social control.”

Join us as we discuss his new book!

Sean David Morton is a renowned psychic, remote viewer and teacher. His background in metaphysics and wide knowledge of all things esoteric is rare and a delight to behold. Please join us for what will inevitably be a far reaching discussion about current events, Sean’s fascinating background and future predictions. Sean has been a popular guest on Coast to Coast AM for many years…

All on the PROJECT CAMELOT TV CHANNEL ON LIVESTREAM — CLICK HERE