When it comes to surveillance society, it’s not like we didn’t already know…still! ‘Enemy of the State’ anyone?

According to a reliable source this is what happened: (developing…)

A guy (who is in touch with my source) in Pennsylvania bought a new iDroid phone with Verizon and when he asked to be activated he got way more than he bargained for. The phone downloaded 9,000+ applications along with detailed records going back decades on several people unknown to the user, all the websites he ever visited including info on Project Camelot!!

And to top it off, an intelligence dossier on the user downloaded onto his phone along with his very first paycheck he ever cashed back in 1989. The cheque showed on the screen both front and back including his endorsement on the back. You can imagine this guys utter amazement. Big Brother is not only real it’s connected. And then he found himself being followed by a brand new black Challenger with blacked-out windows. Even when he tried stopping his car and turning around they continued to follow.

Then, if this wasn’t enough… he got the following message texted to his cell phone “we’re watching you”. And when he tried using his phone to text his girlfriend he was given an error message saying something like ‘unauthorized access’. A few days later, realizing their mistake they somehow deleted the apps and dossiers from his phone and cleaned it of most everything except a few of his own contacts.

As far as we know… he’s still being watched.

Please distribute this far and wide…

Sent from Dubai Airport on the way to Johannesburg to attend the Megolithomania conference in South Africa with Michael Tellinger, Graham Hancock and many fascinating speakers. 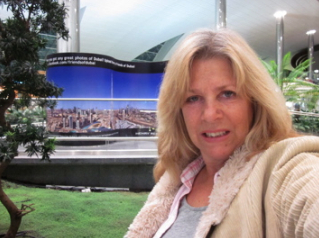