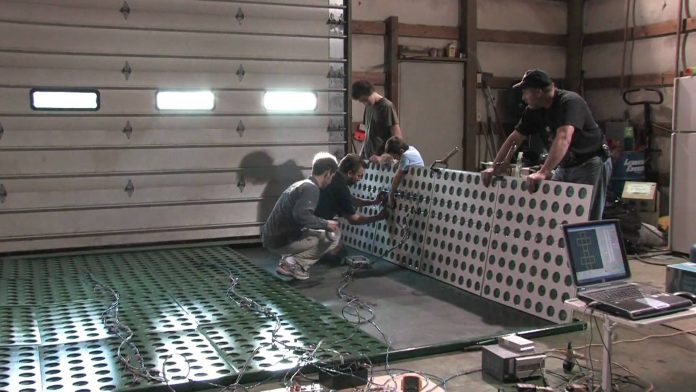 A great idea… at least until we have flying cars.

***Solar Roadways is currently a top contender for the $200M GE Ecomagination contest. Please vote for them at www.solarroadways.com/vote.shtml , and help turn this prototype into reality!***
The Solar Roadways project is working to pave roads with solar panels that you can drive on. Co-founder Scott Brusaw has made some major steps forward since our first visit back in 2007, so we visited him again earlier this year for an exclusive update on the project, including the first ever video recorded of the Solar Roadways prototype! For more information visit www.solarroadways.com

Thank you to Serena for sending this idea along to Camelot.