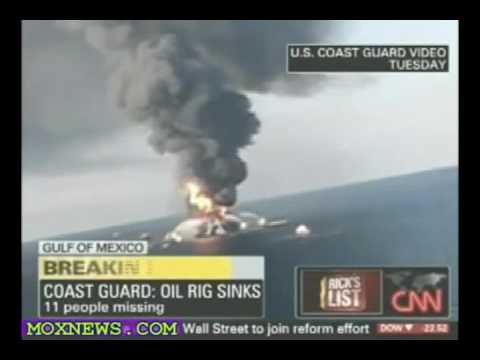 Movie "Knowing" – BP oil spill and the plot behind it

It occurred to me that the oil spill had to be engineered from higher levels and my only question was, why? What did they hope to gain?

A source has contacted me to reveal the following:

Apparently, a faulty gasket was installed and allowed to fail. The ultimate objective has to do with the movement of the North Atlantic conveyer… In the end, what we have here is a move in the chess game of Weather Wars.

"It is believed that North Atlantic Deep Water formation has been dramatically reduced at times during the past (such as during the Younger Dryas or during Heinrich events), and that this might correlate with a decrease in the strength of the Gulf Stream and the North Atlantic drift, in turn cooling the climate of northwestern Europe…"

Although the exact way this will play out is unclear. However, the gist of it all is that the spill moving up the Northeast coast of the U.S. will head toward Iceland (what is it about Iceland that is such a trigger point/focus for things at this time one wonders) and then over to Europe. Result? Further cooling of the UK and North Europe and destruction of the fisheries industries in those areas, plunging Europe into food shortages and economic turmoil.

What this source said is that this is all part of the very long range plan to roll out the Anglo-Saxon Mission. Large contingents are making plans to go off-world and elsewhere in the long run.

This source also cited the movie KNOWING as containing a precursor event very similar to the actual oil rig explosion in the Gulf… this info is all over the net. See this YouTube video clip from the movie: www.youtube.com/watch?v=hmgeA3dr2uY

Coincidence? I think not. This is called fore shadowing. An Illuminati signature move.

So what do we have? More volcanic rumblings in Iceland, further predictions of ash in the skies affecting travel… How does this serve the 'masters' you have to ask and the answer is obvious. People are limited, can't move around a freely etc. etc.

The endgame is they are moving toward population thinning and control. This is all part of it.