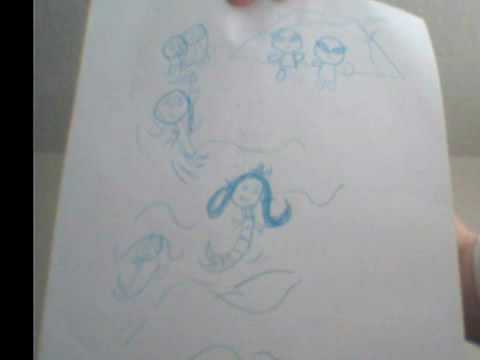 Back in late October of 2009 Project Camelot we received an intriguing email from a person who called herself, Heather Anderson. She wrote..."Hello I wish not to be named and heather is what you will call me for now...." We missed the email originally and then later, it was sent again by Ben Murphy. Heather knew his wife, previously, from school. She apparently was on the run from a deep black project that dealt with building human looking robots... It all began with Duncan O'Finioan and Project Talent.

Early on, I figured out that Heather was working for a black project within a large pharmaceutical company with the letters M___k. This, Ben acknowledged was correct. It was haunting material. Heather wrote... "Should anything happen to me you have my full express permission to publish all information on me including my name, and personal information so other researchers can follow the research, but they do so at their own risk." It covers code named projects that may be total fantasy or just might be the tip of a very large and deep iceberg of information that coincides with recent testimony from other whistleblowers we have dealt with.

The project names are:

She was on the run and Ben Murphy and his wife took her in... And then after a short time she left Florida and went for a time, if Ben's testimony is accurate to the New York area... And after that to perhaps Europe, then disappeared. To this day, beyond the attached 17 page pdf file we have received none of the volumes of material that she supposedly stole from the underground base where she worked. The story goes that she was helped to escape, by a "unit" and a reptilian.

...Everything about the Heather Material is outlandish and stretches the bounds of even the most prolific imagination into the science fiction genre. I guess that is why its attraction is so pervasive. That and the fact that very credible whistleblowers have come forward talking about very similar things... just never in this detail and with this human pathos.. Heather writes...

"I also saw firsthand the psychological issues the units dealt with, when they were activated they would
often just cry, or walk in circles and rock back and forth, the brain could not handle the electrical
outputs of the various devices and implants and it also messed with motor skills of the unit. On paper
these guys were the fastest and strongest humans we have, in theory they were emotional wrecks with
no idea who they were or what they were. This was the start of my turn against the system as they were
all in the ages of 17 and 18 years old, they were just babies, young men that were tortured."

It is a movie no doubt about it. But is it more than that? That is the question. Ben's story is equally complex and troubled. He himself is very possibly a recent generation from Project Talent... Perhaps around Aaron McCollum's age and from that division. He is just beginning to tap into that past. Heather names him as clearly one of the robot/prototypes. Did he make the whole thing up as my Camelot partner, Bill Ryan seems to think? Or is he experiencing multiple personalities as a result of his own experiences? Hard to say.

I encourage you to listen to Ben's story on this audio and then read the pdf if you have not already done so... If it means anything at all, you might as well be aware, that they are out there, the human looking robots, the ones that may one day fight off invading armies, take over the country or fight negatively-oriented alien invaders. So you might as well investigate it.