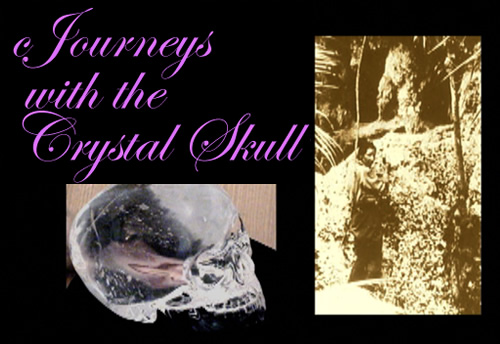 Journeys with the Crystal Skull

When we were attending the October 2008 NEXUS conference in Australia, we had the great privilege of spending half an hour in the presence of the very famous Mitchell-Hedges Crystal Skull.

While doing so, we were able to record a short impromptu interview with its current custodian, Bill Homann. We were able to film the skull at close range, and heard the fascinating stories of Dr. Ray Brown's Crystal Orb – of which we were shown a photograph – and a little-known major artifact, the whereabouts of which is known by Bill Homann, called the Crystal Boy.

There are a number of known crystal skulls in existence, but of these the Mitchell-Hedges skull is unique in its extraordinary craftsmanship. It has been studied by both scientists and psychics with no conclusive proof as to how old it is or even how it could possibly have been crafted from a single large crystal. Many, including Bill Homann, believe it to be a relic from Atlantean times, and the story he tells of what occurred when it was reunited with the Crystal Orb (recovered from a cavity in an undersea pyramid in 1970) is highly intriguing.